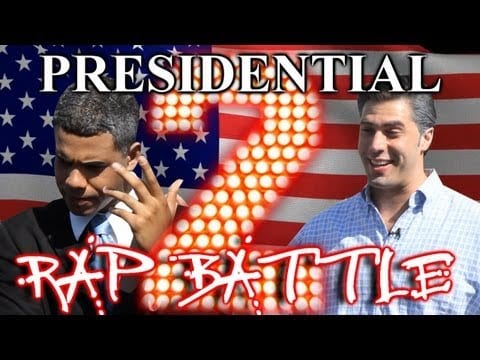 But their latest battle maybe their biggest video yet, as they feature a truly epic rap battle between Republican nominee Mitt Romney, played by EpicLLYOD, and President Barack Obama, played by popular Obama impersonator Alpha Cat.

Published just one day before the second much anticipated Presidential Debate, the video is quickly spreading across the web, and already has over 65,000 likes.