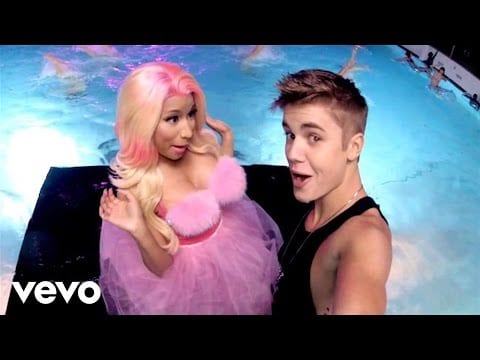 Finally, the deadline of noon on Friday, October 12th came, and they tweeted the ‘secret video’ which ended up being Justin’s latest music video featuring Nicki Minaj, Beauty And A Beat.

The music video, which amazingly has garnered over 23 million hits and over 400,000 likes just over the weekend, is further covered on MostWatchedDaily, MTV, and Examiner.