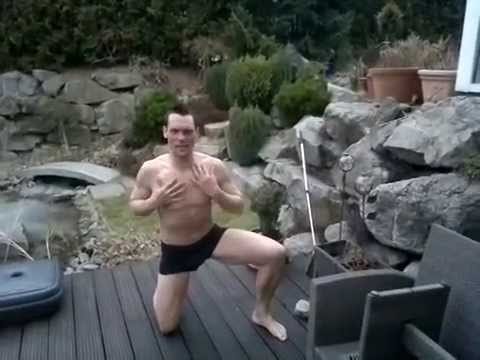 Most fail videos only feature the brutality and embarrassment, and often lack the fun side. For once, German YouTuber MrRobcalifornia captured a much more fun fail scene.

After hyping himself up, one of the gang in just a speedo ran, and jumped–or attempted to jump– into a frozen lake. But instead of shattering like a sheet of glass, the thick lake ice stayed strong. The daredevil received a very hard surprised, and soon the entire group were on the ground in tears of laughter.