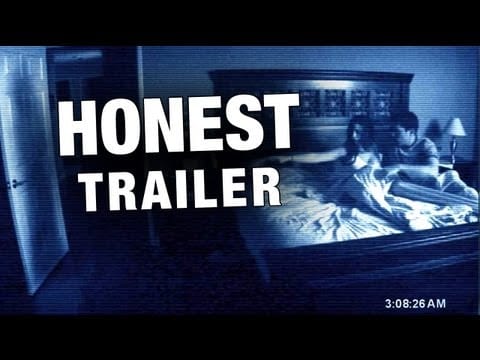 Hollywood movie obsessed Screen Junkies channel might be most popular for their hilarious Honest Trailers series. Their latest victim is the over-capitalized Paranormal Activity horror series.

The movie started in 2009, and now, a miserable fourth installment is on its here again just in time for Halloween.

The actual trailer for the film still does a decent job enticing and scaring viewers. The more honest version isn’t as scary, but tells the truth. This ‘movie’ series is boring.