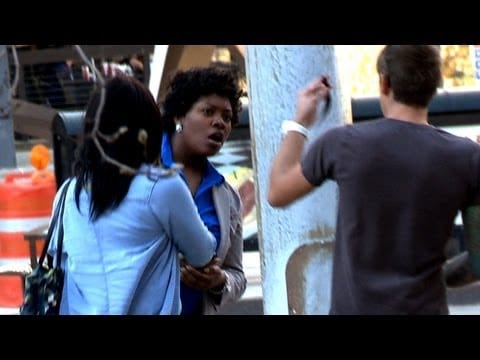 After successfully going viral pranking the hood once before, Roman Atwood has again strapped on a bullet proof vest to pull some jokes on people walking the beat.

This time, the prank crew walk up behind their unsuspecting victims with a pair of scissors and a lock of hair. After snip-snipping nothing, they pretend that they just cut the prank victim’s hair.

People did not think the joke was funny, but viewers do. Already, the new video has over 200,000 hits.