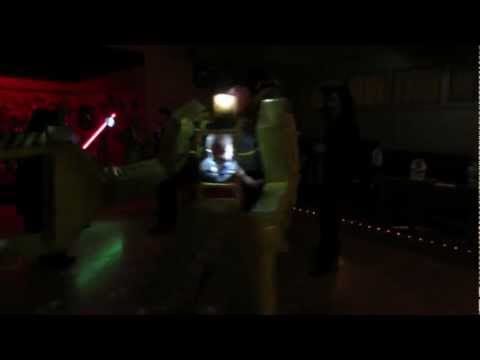 Jason Smith has unofficially won the Internet‘s cool dad award after video of his costume went viral this Halloween. Jason loves dressing up, and wanted to make sure his baby daughter could be apart of his costume.

Using cardboard, hot glue, and plenty of hard work and sweat, he was able to recreate the epic power loader mech famous from the sci-fi thriller Aliens. The best part is that with daughter riding in front, it looks like she’s the driver of the powerful Alien crushing mech.

The brand new video has over 150,000 views, and is further featured on CNet, MarySue, DVice, TheFW, and LaughingSquid.