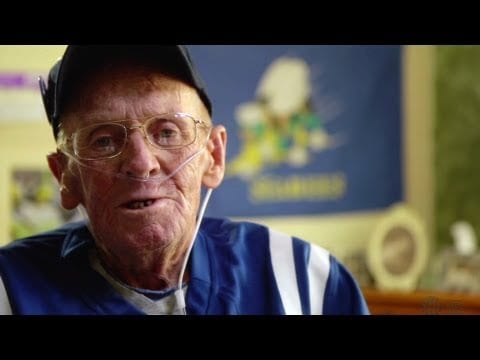 To promote their series, SHOWTIME SPORTS published this touching story of Danny Webber, and his dream to go to an Indiana Colts game.

The elderly US Navy vet has a terminal disease, and knows his time is ticking away. He wanted to live out a few last wishes, one of which was to go to an NFL Colts game and meet his favorite quarterback Andrew Luck.

Well, the Colts heard about Danny and insisted that it would be their honor to host the 74 year old. Danny had the special chance to go on field, hang out a bit, and rub shoulders with big names and famous athletes.

“One of my last Sundays. I never dreamed this would be one of them.”

Now, the new video is going viral, standing with over 80,000 hits. The story is further featured on Colts, StampedBlue, and SportsGrid.