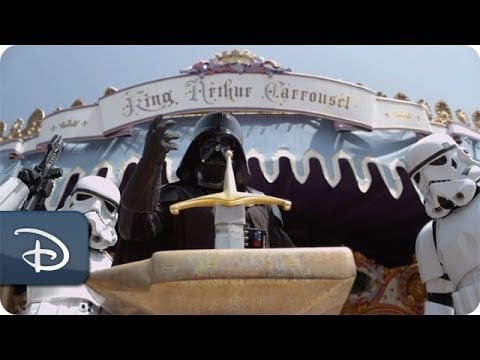 Nerds who care have been abuzz online after Disney announced their acquisition of Lucas Arts and the entire Star Wars franchise from George Lucas for $4 billion.

Naturally, Disney Parks had to celebrate the event, and quickly published this Darth Vader visiting Disney Land viral video. Already, the new video has garnered over 400,000 hits, and is featured on TheDailyWhat, ComicBookResources, and Geekologie.