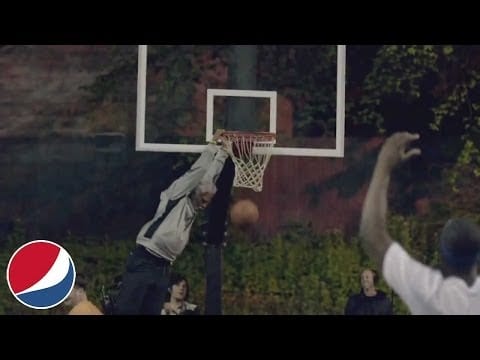 Remember when Kyrie Irving teamed up with Pepsi Max to trick some kids on the street playing a pick up game of basketball? Since Kyrie was wearing an old man Uncle Drew costume, the young athletes had no idea what hit them. That first video was such a viral success, it currently stands with over 16 million views.

Now, Pepsi has again recruited Irving to prank some street ballers, only this time with an old man version of Kevin Love as his partner in crime. The two hit up the Jim Gilliam Park in Crenshaw, Los Angeles.

Like the first time, they don’t show their true skills until they have everyone else right where they want them. Only then do they unleash the NBA fury. The new video is featured on NYPost, ESPN, YouTubeTrends, and CosbySweater.