Honest Trailer Of The Amazing Spider-Man 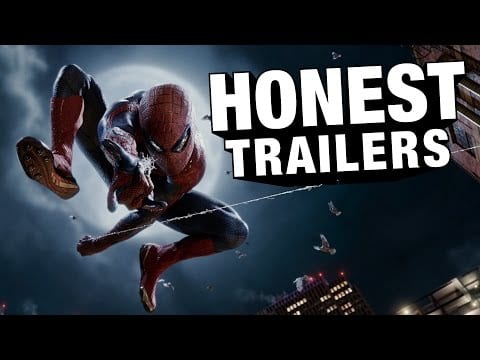 Just after Hollywood finished rebooting an entire Spider-Man series starting in 2002, they have re-rebooted (?) the web slinging hero again in The Amazing Spider that debuted this past July.

Screen Junkies‘ fans demanded the satirists parody the lame attempt by Hollywood to keep cashing in on the same old stories.

The comedy crew did just that and made much fun of The Amazing Spider in their latest Honest Trailers episode that has started to go viral.