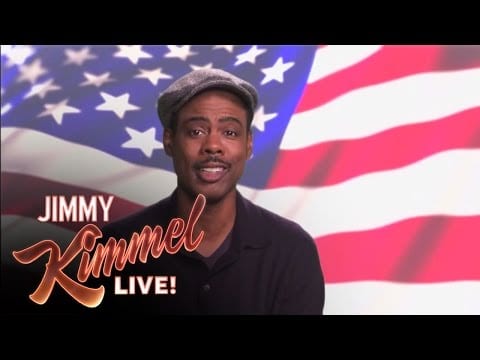 Chris Rock is a huge Obama fan, and with the election tighter than ever, decided to team up with Jimmy Kimmel Live to star in this hilarious ‘message to white voters.’ Chris explains to the American Caucasian majority that in desperate times like these, you need a white president.

That’s why Rock wants you to vote for Barack Obama, the first black president that is actually a lot more white than most people realize. Already, the brand new video has over 1.2 million views, and is further featured on Slate, TheBlaze, HuffingtonPost, and HollywoodReporter.