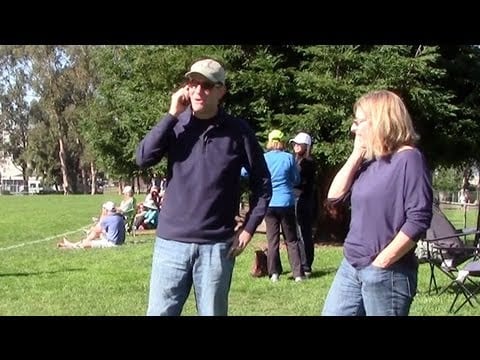 Online prankster Greg of Mediocre Films tried out his Cell Phone Crashing prank again for the second time at a park in San Francisco, California.

With a cellphone to his ear but no one on the other lines, Greg walked up to people at the park who were actually talking to other humans on their phone.

After breaking into their personal space he would respond loudly to their conversations which confused them great. Whenever he was confronted he would just act innocent and busy on the phone. Truly a prank of genius.