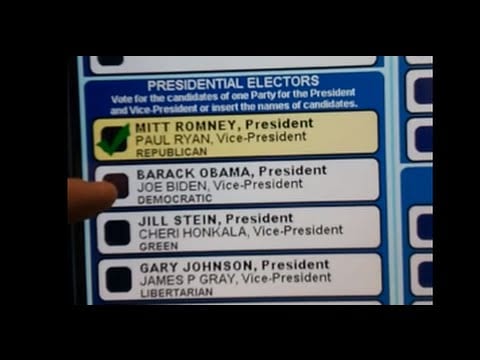 Across the country, there have been cries of computer voting machine fraud or hacking concerning since early voting. But now that Election Day is here, things are a lot more serious.

Disturbingly, Central PA Vote caught on camera as he tried to cast a ballot for Barack Obama, yet the computer selected Mitt Romney. He works with so computers, so he first tested the other buttons, such as Jill Stein, but they seemed to work properly.

Naturally, the video is shaky, seems edited, and contains no context. The conspiracy theorists are buzzing up a storm.