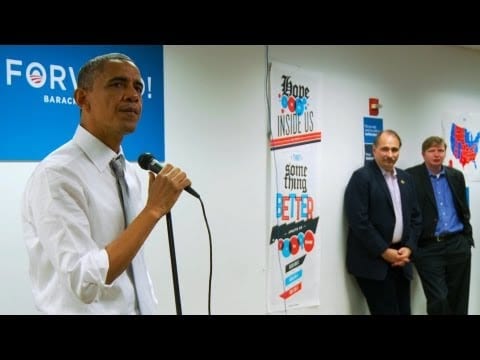 Running for president maybe one of the hardest things to do in politics, and winning a second term with near 8% unemployment is a true rarity in history. But the people have spoken, and President Barack Obama will again serve for four more years.

At a small gathering of campaign staffers after the grueling election, Barack let them know how important their work was for him and the country.

He was so grateful for their support, he became a little emotional and actually stopped for a moment and shed a few tears on camera. The brand new video has now gone viral, amassing over 1.5 million views and 26,000 LIKES in just one day.