Haunted Toaster From Today Show In 1984 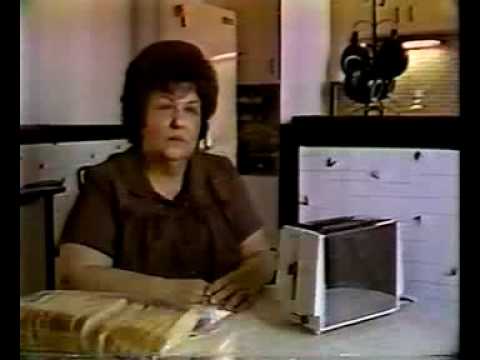 Ever feel like mainstream television is only getting dumber and dumber as you age? Perhaps we feel that way because we were only kids years ago and TV felt so real and authoritative, because really, it’s always been pure garbage.

Just check out this ridiculous clip from NBC’s Today Show in 1984. The short clip was posted online by muerte62 in 2009, but has gone viralviral over the weekend, appearing on popular sites like Fark and Reddit.

The interviewer visited a woman who claimed her toaster was possessed. And she has proof. See? She carved into a piece of toast ‘SATAN LIVES,’ so she must be telling the truth, right?

When asked why she would keep a possessed toaster, she answered, “Well Richard, when all is said and done, it makes good toast.”

And now you know what the 80’s were like.