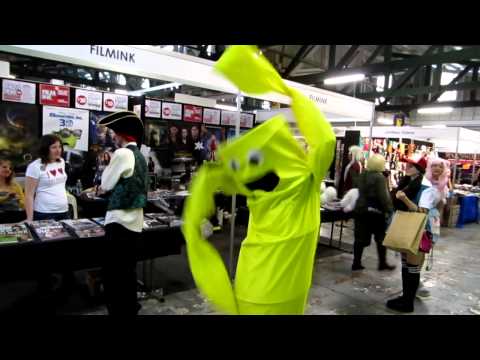 You know those inflatable arm flailing tube man things that used car lots love to set around their stores to attract customers?

As a creative cosplay costume, someone ingeniously dressed up as the inflatable flailing creature at the Brisbane Supanova 2012 pop culture convention in Australia.

Ray Liehm caught a short clip of the flailing tube guy in action, and now his video has gone viralviral! Already, the brand new video has been seen over 700,000 times, and has been featured on popular sites, such as DailyOfDay, Reddit, , , and BuzzFeed.