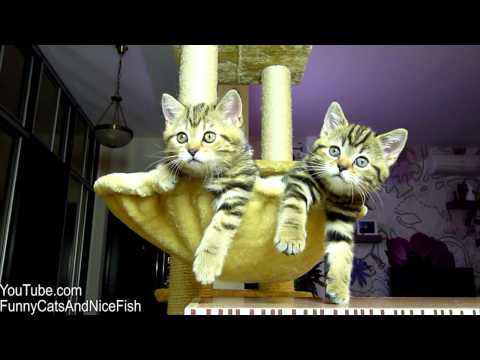 Cartoons often poke fun at how tennis fans watch the game; the way everyone’s eyes seem to move in unison following the ball. Well, Funny Cats And Nice Fish noticed his adorable kittens doing the same thing when a women’s tennis match was on television.

Since the weekend, the cute video has garnered more than 140,000 views already, and has been featured on DigitalSpy, Death&Taxes, HuffingtonPost, and LaughingSquid.