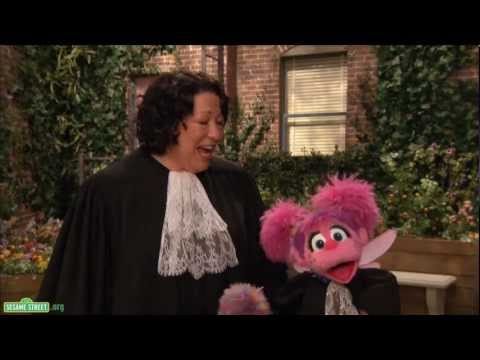 Supreme Court Justice Sonia Sotomayor is almost as controversial as the president who nominated her, namely Barack Obama. His supporters, of course, cherish her, while his adversaries are obviously not such fans.

So naturally, when Justice Sotomayor made a guest appearance on Sesame Street recently, her short clip posted on YouTube went viralviral.

Already, the video from last weekend has over a quarter million views, and is further featured on popular news sites, such as Salon, Washington Post, NBC Latino, and Huffington Post.

Fans are loving the fact that the first Latina Supreme Court Justice made it clear that, “Pretending to be a princess is fun, but it is definitely not a career.” She then listed all the careers available for a little girl to choose, from teacher to doctor, to even Supreme Court Justice.