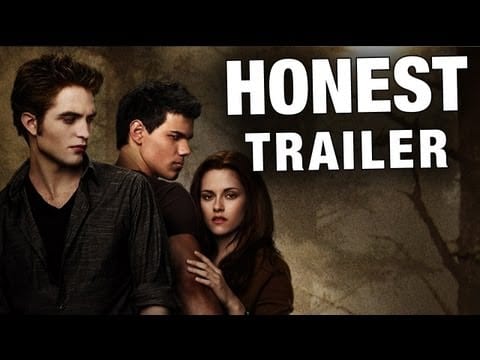 It maybe surprising to those who aren’t fans, but the Twilight movie obsession is apparently still going on. Finally, the last Twilight movie, Twilight 2: New Moon, debuted over the weekend to so-so ratings and reviews.

Naturally, Screen Junkies had to perform their Honest Trailers treatment on the official movie trailer before the series was closed for good.