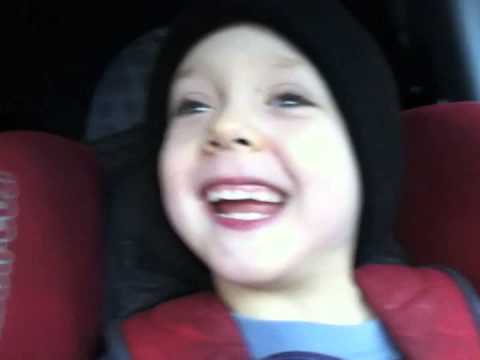 Young kids mispronouncing words like ‘truck‘ that are oh-so similar to common swear words is a timeless favorite in real life and online.

That Ian Bloke was trucking along across the pond with his brother and nephew when they decided to declare their actions on camera.

His brother, the driver, yelled, “We’re trucking!” into the camera, then Ian yelled the same. Next, it was his nephew’s turn. His pronunciation was so cute and adorable, dad reportedly had to pull over to gain his composure from laughing so hard.

The video went viral over the weekend, amassing over 80,000 views, and has been featured on popular sites, such as DailyPicks, Reddit, HuffPost, BestOfYouTube, and Yababoon.