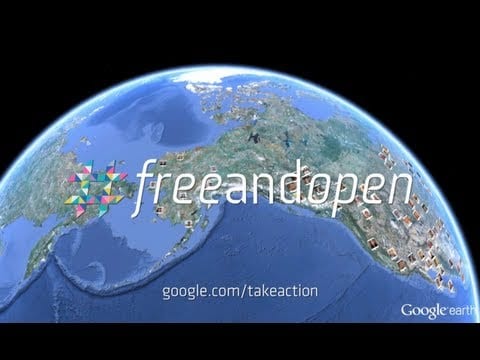 For year now, governments around the world, including the United Nations, have been trying to stifle, control, and censor the Internet, the 21st century’s greatest most powerful tool. Most of the time, they meet behind closed doors with no media coverage, and attempt to pass legislation while the people are distracted. Remember SOPA?

Google was one of the most important sites to take a stand against SOPA, and now they are turning the web users again to help spread the word of further attacks on our Internet freedoms.

“Starting December 3rd, the world’s governments are meeting behind closed doors at the ITU to discuss the future of the Internet. Some governments want to use this meeting in Dubai to increase censorship and regulate the Internet.”

We can stop this. We must tell our representative that we support a free and open web.

Take action by going to Google.com/TakeAction and help #FreeAndOpen trend on Twitter.