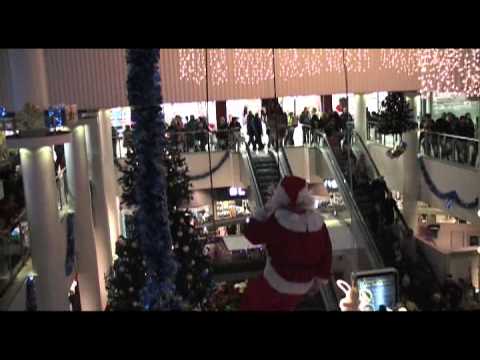 Everyone knows that Santa comes down the chimney to give good boys and girls presents on Christmas morning, so naturally, Santa would be expected to descend from the ceiling at the mall.

At least that was the plan; to surprise the kids and their parents who packed into the halls of the Broad Street Mall Reading in West Berkshire for their 2012 Christmas Light festivities to open Christmas season.

Santa was supposed to rappel down the sky light as a surprise, but it was Santa who was shocked to learn his beard became stuck in the rope.

Thankfully, GI Joe was there to help Santa Clause, and Christmas was saved.