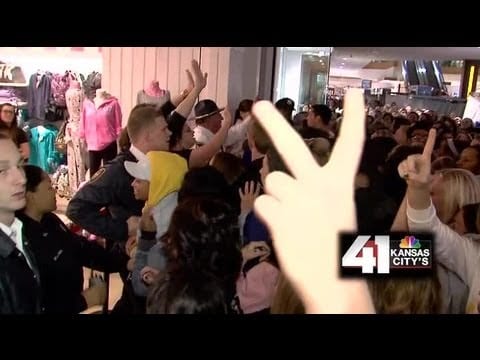 It’s become a Black Friday tradition now, not to actually go shopping, but to check the web for the expected trampling and stampeding videos after the stores finally close.

Chaos at Walmart stores across the nation is now the norm, but this year, the Victoria’s Secret at the  in Kansas was hit by a horde of teenage girls. There were a few security guards at the entrance, but even they couldn’t hold back the shrieking stampede of surging X chromosomes.

Thankfully, the store manager took charge, and calmed the masses, according to NBC Action News. At least some what.