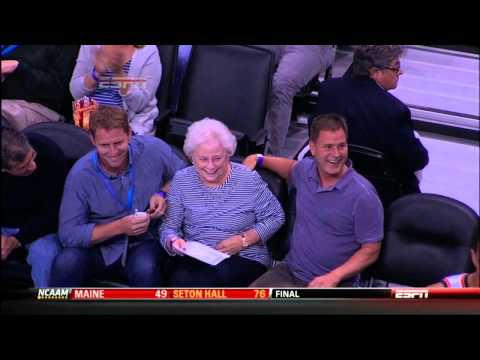 Oklahoma City Thunders forward Kevin Durant is going viral, not for his athletic skills, but rather for being a gentleman on the court.

After one of his passes to Thabo Sefolosha was a miss, the rogue throw hit a cute elderly lady sitting courtside. Kevin quickly gave the woman a kiss on the head as an apology.

Now, the NBA video has over 275,000 views, and is featured on NBCSports, SportsCity, and BuzzFeed.