Gay Women Will Marry Your Boyfriends 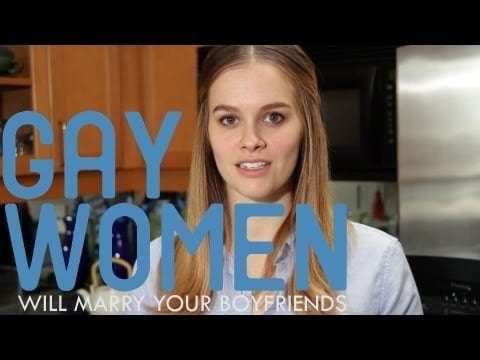 Remember the College Humor viral video ‘Gay Men Will Marry Your Girlfriends,’ the sarcastic response to the many states that still don’t allow gay marriage. Gay men answered that they’ll just marry all the straight men’s girlfriends, since they are more attentive to her needs.

Over the weekend, Unsolicited Project went gone viral in their own right spoofing the original concept. Instead of threatening men that they will marry their girlfriends, gay women make the opposite threat that if gay marriage isn’t legal, they’ll just marry all the straight women’s boyfriends.

Can’t argue with logic like that. Already, the video stands with over 175,000 views, and is featured on DailyOfDay, AndPop, and VideoSift.