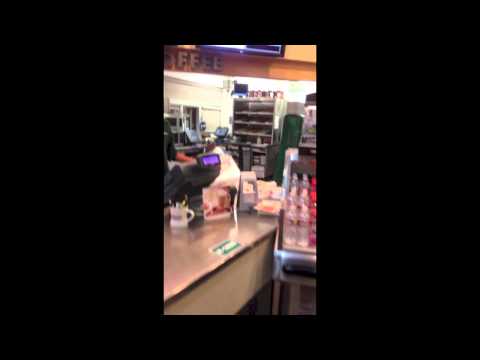 Like so many others around the world, Dukie Ajah is a little self-conscious. To try and break out of his shell, he has just started, what he refers to as, rejection therapy.

For 100 days, he plans on putting himself in socially awkward situations where most shy and anxious people would fear rejection.

For day three, his mission was to ask the person at the counter of Krispy Kreme for an order of doughnuts assembled in the familiar Olympics rings layout. He expected a very strong ‘Not possible!’ in response.

But fate was on his side. The baker behind the desk was Jackie, and she was more than willing to offer only the highest level of customer service. The end product came out great, and she even gave him a hug afterwards!