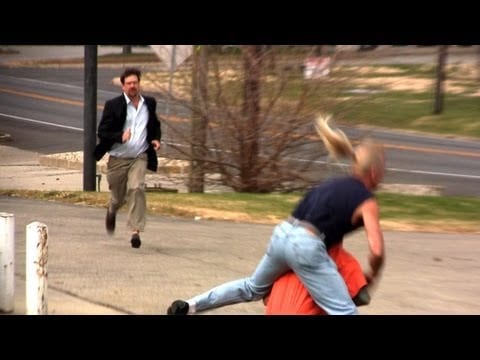 The popular online pranksters and sketch comedy artists at Roman Atwood, along with Tom Mabe, may have come up with their most ingenious prank yet.

The set up was simply a man in a suit, played by Tom, seemingly watching over a chained prisoner in the cliche full orange jumpsuit cleaning up garbage around town.

Once they were sure they had an audience, the ‘guard’ would have a fight on the phone and quit his job, leaving the prisoner in public surrounded by terrified passersby.

Already, the five day old video has over 1.2 million views.