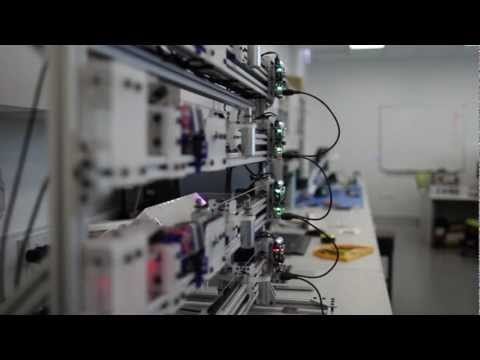 The four string robot has a custom linear motion system moving up and down each string to hold certain notes instead of fingers, and uses twenty picks to imitate advanced maneuvers.

To demonstrate his invention, he cranked up some Hysteria by Muse for his MechBass to play along with.

The video was released just before the extended Thanksgiving weekend and has already amassed over 175,000 views. It has also been covered on HackADay, NowMSN, Reddit, and Stuff.