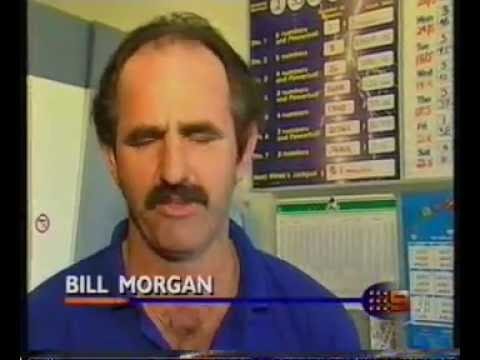 90’s Wrestling Boy posted this vintage news clip from the 1990’s in October, but it only went viralviral now after being featured on Reddit. Now, the video has over 175,000 views, and climbing.

Bill Morgan was a 37 year old truck driver who had gone through a slew of bad luck all in a row, only to finally be showered in good luck.

He was in a serious trucking accident, developed a heart condition, and then even had a worsening reaction from his heart medication, sending him into a life threatening coma.

After surviving by just a hair, his karma seemed to turn upside down. He found a woman, got a new job, and even won a car in the lotto. When the local news were producing the story about his life changing luck, they had him reenact scratching his winning lotto ticket.

Incredibly, the ticket he scratched for the camera was a $250,000 winning ticket! Naturally, he just lost it after that.