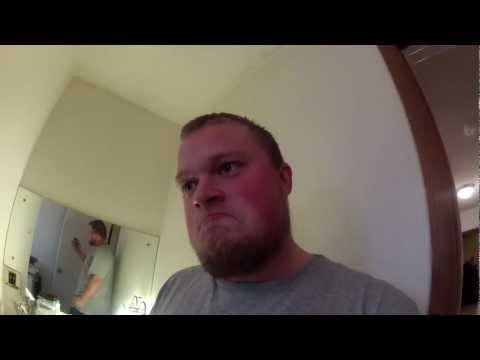 Big Nick Brother4 opens to the camera that he is moving out of Spokane because of spiders. He found a monster, big and scary spider in his bathroom.

He decided he was going to overcome his fear and kill the spider for infringing on his domain. He impulsively decided on brass-knuckles as his weapon.

He ended up punching a hole in the bathroom wall!

After the act, he made a face to the camera as the depth of what just happened slowly marinated in his mind. Then announced, “I messed up. I messed up! Fff… MOM!”