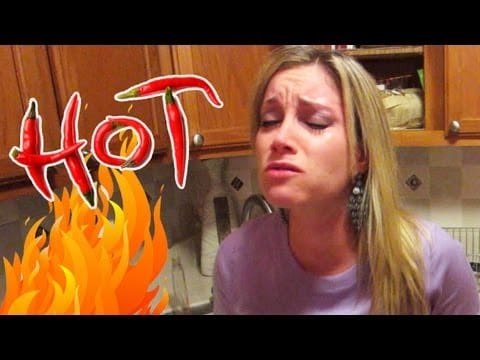 Prank vs Prank features YouTube‘s craziest couple who have an ongoing prank war between themselves that’s been going on for years. Viewers love how the couple keeps one-upping each other’s prank, but this time, Jesse may have gone too far.

While picking up sushi dinner, he purchased some of the hottest hot pepper extract on the market, and added a couple drops to Jeana’s fish.

Almost immediately after eating a piece, Jeana feels the heat. And that’s only the beginning. Quickly, the prank goes from funny to serious as she almost falls into a fit of shock from the powerful pepper sauce.

Jesse is lucky she didn’t off him later that night as retribution, but after putting sand in his sandwich, maybe it was called for…

One thing’s for sure, these two are gonna need a lot of couple’s therapy in the years to come.