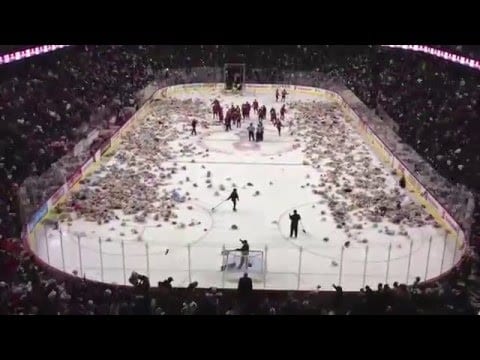 Throwing anything onto an NHL ice rink during a game can be cause for penalty. Thankfully, junior hockey doesn’t take itself too seriously.

It has become a tradition of sorts for many Canadian hockey teams to collect teddy bears for kids in need, and throw them all onto the rink in a grand teddy bear toss.

At a recent Calgary Hitmen’s game in Alberta, Canada, nearly 25,000 bears were apart of the toss, showering the rink and players in bears. Read more on BuzzBishop.