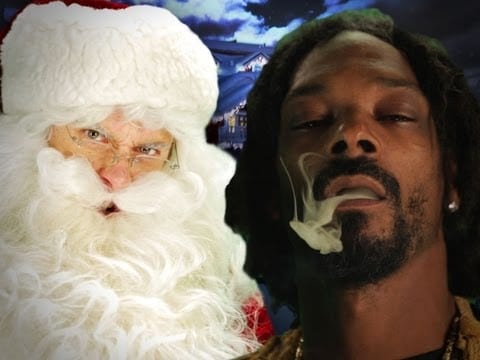 You know your YouTube channel has ‘made it’ when the one and only Snoop Diggity Dogg himself stars in one of your videos.

That’s exactly the case for Nice Peter and EpicLLOYD, the creators of Epic Rap Battles Of History.

The popular rap series, which pins two famous faces against one another in an epic rap battle, currently has over two million subscribers, and is one of YouTube’s most popular channels.

So it’s actually not that surprising that Snoop Lion agreed to guest star as Moses in a rap battle against Santa Claus, played by Nice Peter.

It’s kind of obvious, for many reasons, that Moses won this battle, just like he always did in the past.