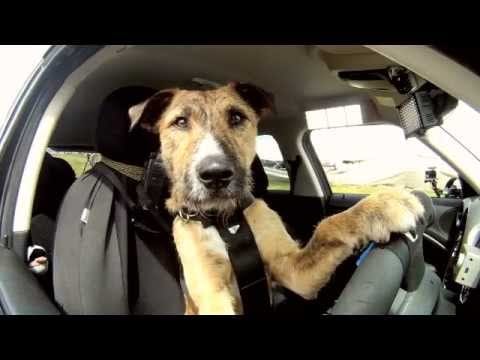 To prove that abused and neglected dogs can heal and make great pets, the SPCA formed Driving Dogs. The organization knows that every year thousands of dogs are put down because most people aren’t willing to adopt an abused pet.

After much training, Porter, one of the pups they have been working with for much time, finally drove a car by himself. Yes, there were many checks and balances to make sure nothing went wrong, and, yes, he drove terribly slow, but that doesn’t matter.

Video of the first dog drive now has over a quarter million views, and is covered on NowMSN, DailyOfDay, and TechBlog.