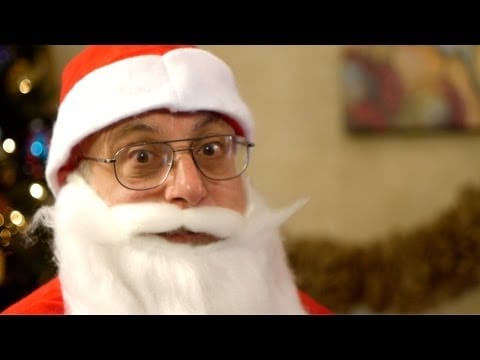 Remember Chuck Testa, the taxidermist who became an overnight viral video star after Rhett and Link made him a special commercial for his stuffing business?

Well, the countryman is back after Rhett and Link invited him over to act as Santa Claus for their cute kids. The adorable video, which is featured on DailyDot, DailyWhat, and StuffIStole, is part of their special Christmas playlist.