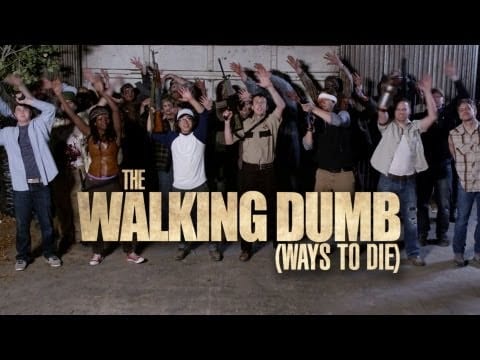 The viral Australian song Dumb Ways To Die continues to be parodied online. Sketch comedy artists Teddie Films is the latest to take on the cutesy music video.

After being begged by their fans to spoof the popular zombie apocalypse AMC TV show The Walking Dead, they have finally launched this parody music video that “tells a cautionary tale from the Walker’s point of view.”