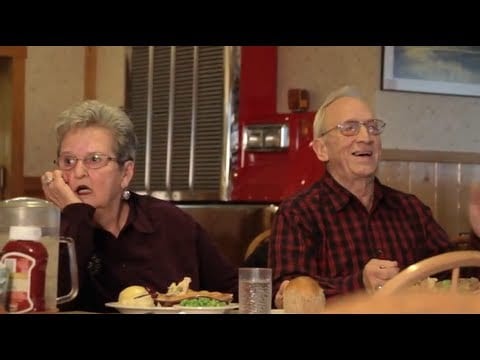 Sometimes the outtakes have a better chance to go viral than the actual commercial. At least that’s the case with this outtakes reel Sutherland Weston posted from the commercial they made for Dystarts, a small restaurant in Maine.

Jack and his wife were to star in the commercial, by simply saying, “Baked in a buttery flaky crust.” But after countless mess ups with the word ‘flaky’ even his wife of countless years was getting frustrated with him.

Now, the new adorable video has over 175,000 views, and is featured on DailyOfTheDay, HuffPost, and MostWatched.