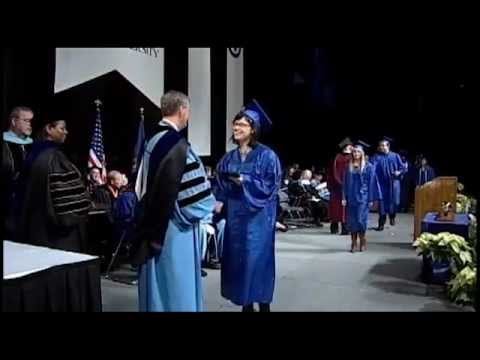 At Grand Valley State University’s commencement ceremony, graduating students were asked to spell out the pronunciations of their hard to say names.

Kelsey Elise just happened to slip in ‘freaking awesome‘ into her name, prompting the auditorium to burst out in laughter when the announcer actually fell for her spelling prank. The story is featured on HuffPost and TheDailyWhat.