Bad Lip Reading Of One Direction 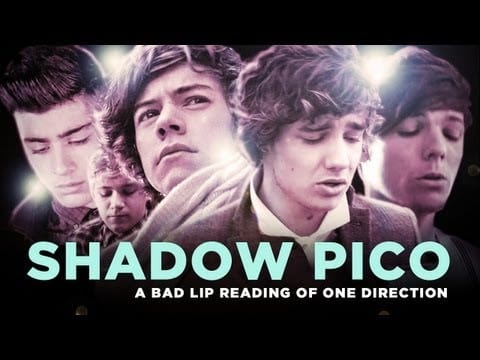 Instead of just dubbing in nonsense talk over the famous singers’ voices as per usual, this time they dub in fake foreign languages to create this fake trailer for SHADOW PICO.

Who knew the young superstars were such linguists?