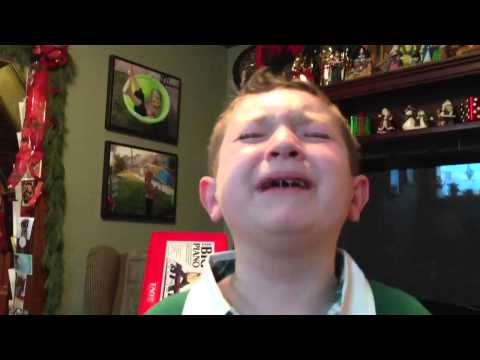 Every year, one or two people become viral famous post-Christmas for their adorable reaction to their gifts. The dad who received college football Championship tickets from his son was the first this year.

Now, little Reese has gone viral after he burst into tears of joy when he discovered the exact XBox 360 game he was hoping for under the gift wrapping of one gift this holiday.

Naturally, dad couldn’t be happier with the results. Now, the adroable Christmas video has over 100,000 views, and is further featured on Guyism, HuffPost, Fox, and Blaze.