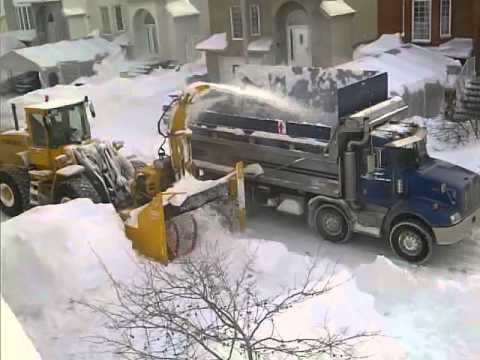 Across America, snow plows are pushing walls of snow out of the streets, and dumping salt and sand across the highways. But in Canada, it’s a different story.

Just recently, Montreal was hit with so much snow, they had to commission construction-grade snow blowers to shoot the mounds of fluffy white stuff into truck beds that were lined up one after another.

As the video by Nanioushka is so appropriately titled, O Canada. The video has instantly gone viral after being featured on Reddit.