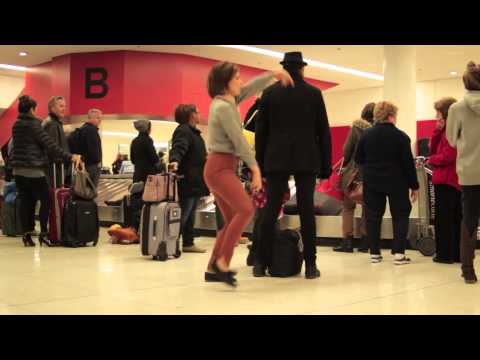 Angela Trimbur has been dancing like nobody is watching in public places for a while now. She’s gone viralviral after dancing at the mall and the laundromat, and now she and hellogiggles are trending again dancing to I’m Good, I’m Gone at Los Angeles’s LAX airport.

Try watching with the sound off to get a feel of how awkward the scene was like for those passing by.

Already, the new dance video is featured on DailyPicks, HuffPost, StuffIStole, and HelloGiggles.