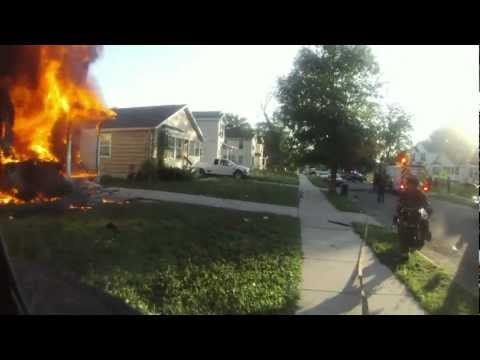 Highland Park, Michigan firefighter HPZ1442 has an especially tough job. Not only is Detroit is a state of emergency politically and financially, but now, arson has become a new favorite hobby for the lowlifes.

But that doesn’t matter. He still fights the good fight. He often wears a helmet cam, and now has made this 2012 compilation video of his best footage. It’s an intense ride.