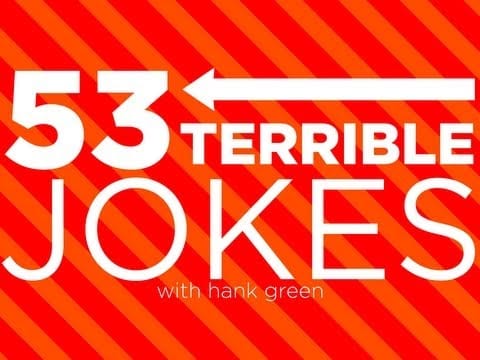 Popular nerd fighter Hank Green of the Vlog Brothers usually spends his time delving into the world of science and nerdom, but for his latest video he has taken a simpler route. In just four minutes, he tells ‘53 Terrible Jokes‘ that is trending across the web.

Already, the new gag reel has over 200,000 views, and is featured on DailyDot, GeekoSystem, and What’sTrending.