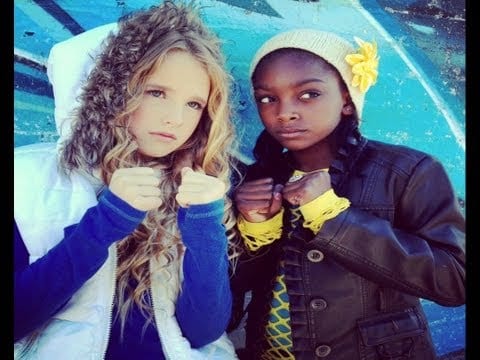 The poisonous trend of parents who pay sleazy pop ‘music’ producers thousands of dollars for them to feature their much too young daughters in objectifying music videos continues to plague the Internet.

First it was Rebecca Black, then the copy cats like Nicole Westbrook, Gnesa Wilder, and Hot Problems started to pour in.

But the latest music video to hit the web by producer PMWLive is arguably the worst of them all. Two little girls–children–are the members of his pop group Tweenchronic–you know, chronic as in marijuana–and star in Skip Rope.

Disturbingly, the video features gangs of children conducting candy drug deals, drinking cans of iced tea out of brown paper bags to personify alcoholics, and vandalizing private property by spraying graffiti in dark alleys with a much too old grown man.

Thankfully, the web agrees this is inappropriate, wrong, or simply just terrible music, as the video has an over 90% negative rating.