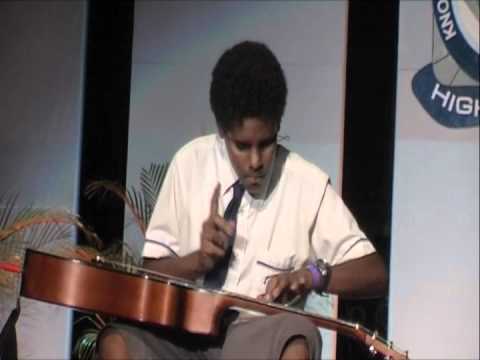 This 2010 video by jenasale has just had a viral eruption, appearing on Reddit. At the Woodridge State High School Awards Night, pupil Christopher Tamwoy played guitar, but instead of holding it upright like 99% of musicians, he placed the famous string instrument on his lap. The resulting performance was simply outstanding.