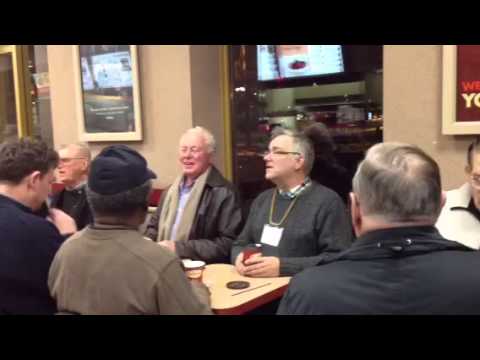 Remember the viral video of a train car of Canadian commuters who burst into song on the way home from work? Apparently, public singing is not that rare in the chilly country.

Danfi Parker was a a Tim Horton’s coffee shop in Canada when a group of elderly men suddenly burst into song, singing the famous tune Can You Feel The Love Tonight from Disney‘s animated film The Lion King.