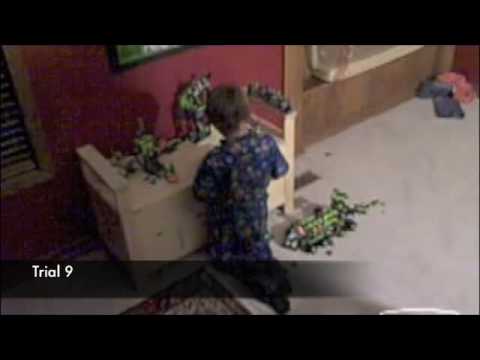 Every psych 101 student learns about Pavlov’s Dog. The famous psychology experiment in classical conditioning consisted of a dog who was presented with food and a bell sound at the same moment. Over time, the dog would salivate just when hearing the bell sound, as it connected the bell to delicious food.

YouTuber LesStrapontins successfully performed a similar experiment on their little brother. They would play a quack sound on their iPhone before surprise shooting lil’ bro’ with a Nerf gun in the back of the head.

By the 12th trial, the poor little guy was automatically ducking just when hearing the quack sound. The video is from 2009, but has only started to trend now.