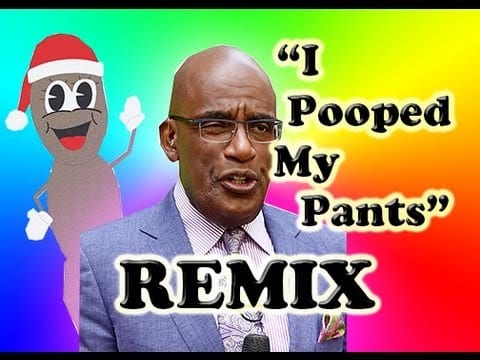 Last week, Al Roker made second page news that quickly went viralviral after he admitted to pooping his pants at the White House during an interview.

Quickly, remix artist Andrew Frederick got on the story and already launched this hilarious auto-tune remix of the interview. Since its debut before the weekend, the remix video has already garnered over 90,000 views, and is further featured on DeathAndTaxes, BuzzFeed, Mashable, UpRoxx, and Vulture.