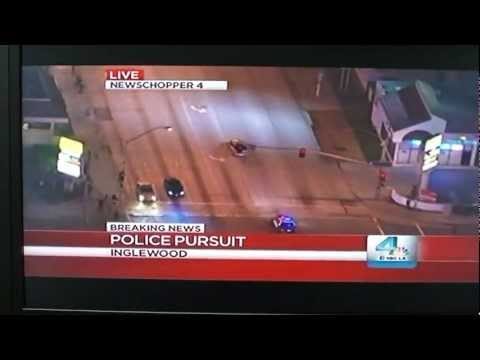 Jason Lee was watching yet another Los Angeles high speed police chase on NBC-LA when a truly serendipitous moment occurred. He took out his smart phone to record the TV footage, but then noticed the noises of the chase were beginning to sound more life like.

Before he knew it, he looked up to see the speed chase from television zooming by the outside of his living room. Thankfully, the moments later.